ASF Founding Board Member Dr. Paul Offit Elected to the Institute of Medicine


Autism Science Foundation Founding Board Member Dr. Paul Offit has been elected to the Institute of Medicine (IOM) at the Academy of Natural Sciences. For three decades, Dr. Offit has been a leading researcher in the fields of virology and immunology, and a well-respected and outspoken voice on the science, safety and value of childhood vaccinations. He is also one of the most public faces of the scientific consensus that vaccines have no association with autism. 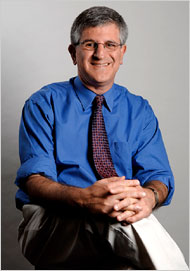 Through his advocacy, Dr. Offit has successfully cut through misinformation and helped to educate parents on the health benefits of vaccinating their children. In addition to hundreds of academic articles, he is the author of four critically-acclaimed medical narratives, including Autism’s False Prophets, which have sought to educate parents and bring scientific research back into the discussion on vaccination decisions.

“I have never met anyone who cared more about the health and well-being of children than Paul Offit” said Alison Singer, president of the Autism Science Foundation. “All of us at ASF congratulate him on this well-deserved appointment and look forward to the great work he will do as part of the IOM.”

The IOM announced the election of 65 new members from throughout the United States, in recognition of their major contributions to the advancement of the medical sciences, health care and public health. Noted autism researcher, Dr. Daniel H Geschwind, the Gordon and Virginia MacDonald Distinguished Chair in Human Genetics and professor of neurology and psychiatry, department of neurology, University of California, Los Angeles was also elected. Dr. Geschwind served as the program committee chair for the 2011 International Meeting for Autism Research.

Established in 1970 by the Academy of Natural Sciences, the IOM honors professional achievements in the health sciences and serves as a national resource for independent analysis and recommendations on issues related to medicine, biomedical sciences, and health. Current members of the Institute elect new members from a slate of candidates nominated for their professional achievement.

"It is a great pleasure to welcome these distinguished and accomplished individuals to the Institute of Medicine," said IOM President Harvey V. Fineberg. "Each of these new members stands out as a professional whose research, knowledge, and skills have significantly advanced health and medicine, and their achievements are an inspiration. The Institute of Medicine is greatly enriched by the addition of our newly elected colleagues."

Dr. Offit is the director of the Vaccine Education Center and chief of Infectious Diseases at The Children’s Hospital of Philadelphia. In addition, Dr. Offit holds the Maurice R. Hilleman Endowed Chair in Vaccinology and is a Professor of Pediatrics at the University of Pennsylvania School of Medicine. He serves on the board of directors of numerous organizations including the Autism Science Foundation and Every Child by Two.

During his tenure as a pediatrician specializing in infectious diseases, Dr. Offit’s work includes 25 years spent dedicated to developing RotaTeq, one of two vaccines currently used to fight rotavirus, a disease that is the leading cause of severe, dehydrating diarrhea in infants and young children. RotaTeq is recommended for universal use in infants by the Centers for Disease Control and Prevention and has the capacity to save as many as 2,000 lives per day.